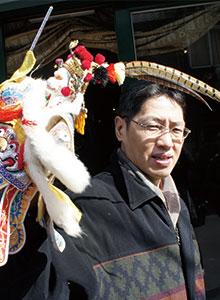 His works, including The Book of Oceans, Moonlight Trilogy, Young Readers Edition of Records of the Grand Historian, the Young Readers Edition of Journey to the West, and Single Eyed Monkey King, have all been published not only in both complex and simplified Chinese editions, but in Korean, as well. Chang is the recipient of numerous awards including: the Mandarin Daily News Reed Pipe Award, Good Books for Everyone Award Best Children's Books of the Year, the China Times Open Book Award Best Children’s Books of the Year, the Golden Tripod Awards Notable Children's Book, the Laurel Children’s Book Award, the Bing Xin Children’s Book Award, the 30 Best Chinese Books Award, and the Chinese Outstanding Publication Award. In 2017, Chang was nominated as one of the top 10 most creative children’s authors on China’s e-commerce website, Dangdang. His works are often selected for Chinese language textbooks at the elementary level in Taiwan.