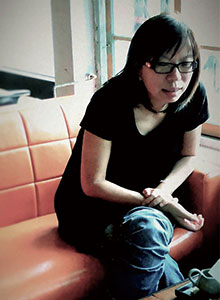 Julia Liu was born in Taipei, and received a Bachelor’s degree in Educational Media from Tamkang University. Liu is a full-time editor, whose hobby is to read. She loves writing stories and the company of words. She was the editor at Echo Publishing Company, Yuan-Liou Publishing Company, and Deputy Editor-in-Chief at Grimm Press. She has turned his focus to creative writing and has become an author of children’s literature. Her many publications have been selected as Taiwan’s Top 100 Children’s Literature Pieces, Good Books for Everyone Award Best Children’s Books of the Year, and China Times Open Book Award Best Children’s Books of the Year. Liu’s books have been translated into simplified Chinese, as well as Japanese, Korean, English and French.